Dr John Gill and former psychiatrist John Herron were involved in the deep sleep therapy scandal at the Chelmsford Private Hospital (CPH) in Sydney that was the subject of a Royal Commission in 1989. Gill and Herron are suing HarperCollins Publishing Australia and ABC journalist Steve Cannane for defamation over a 28 page chapter of Cannane’s book Fair Game: The Incredible Untold Story of Scientology in Australia.

See this link for the trial’s listing details at the Federal Court in Sydney.

Deep sleep therapy (DST) is a form of narcosis therapy, a psychiatric treatment in which drugs are used to keep patients unconscious for extended periods. The height of its use was from the 1930s to the 1960s.

DST was practised (in combination with electroconvulsive therapy (ECT)) by Dr  Harry Bailey between 1962 and 1979 at the Chelmsford Private Hospital in Sydney. As practised by Bailey, deep sleep therapy involved long periods of barbiturate-induced unconsciousness. Wikipedia 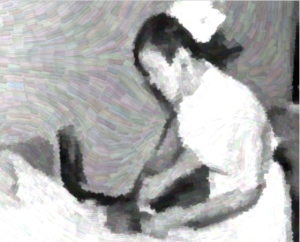 Former Matron Smith is one of four nursing staff who have given evidence so far. The four also gave evidence at the Chelmsford Hospital Royal Commission in 1989. Between them they’ve told the court that Dr John Herron performed the ECT on Dr Bailey’s DST patients nearly nightly. Another doctor, Ian Gardiner, administered ECT to Bailey’s patients during the day.

Dr Bailey was described as charismatic and someone his patients looked up to. He kept odd hours, working at his rooms in Macquarie Street Sydney late into the night, and also visiting his CPH patients at night, sometimes very late. The Chelmsford hospital was partly owned and managed by Dr John Gill.

The sedation ward at CPH had six beds which were often fully occupied. It was staffed in each shift by a registered nurse (RN) and two nurse’s aides. Sedation patients were turned every two hours. Observations were recorded and medications given every four hours by the RN. DST patients were fed and medicated through a nasogastric tube (Ryles tube) and rarely conscious enough to be able to use a toilet. Patients were moved to a separate ward when being taken out of sedation (lightening).

Julie Bothman’s evidence in chief was given in the form of an affidavit which is not available to members of the public. She was cross examined by counsel for the applicants, Sue Chrysanthou, for two days.

Ms Bothman worked as nursing matron at CPH from August 1976 to January 1977. She gave evidence that she was upset by the suicide death of one of Bailey’s patients, SH, in 1978. An article in the Sydney Morning Herald around that time led her to contact a group that were investigating events at the hospital. Two women from that group went to her home to interview her about Dr Bailey, the patient SH, and deep sleep therapy. After Ms Bothman gave the statement, however, she learned that the group was a Scientology front. When the Scientologists returned to ask her to sign her statement, Ms Bothman said she refused and sent them away, refusing any further contact with them.

The former matron said that she noted that Drs Herron and Gardiner were conducting ‘unmodified’ ECT, that is, without the use of an anaesthetic and muscle relaxant. Patients’  response to sedation was variable — some weremore sedated than others when undergoing ECT. Ms Bothman said that it was normal practice outside of CPH to use  anaesthetic and muscle relaxants prior to ECT, and that she complained to Dr Gill about it.

Ms Bothman said that patients were never awake enough to use the toilet but that they were sometimes restless while under sedation. Wrist restraints were used and sometimes cot-sides were raised to prevent them from falling out of bed.

She said that registered nurses in the sedation ward were given discretion as to whether to administer a half or full dose of the barbiturate Tuenil at four hourly intervals. She recalled there was at least one occasion where Dr Bailey angrily complained the patients weren’t being sedated deeply enough. She added that one registered nurse administered more of the drugs than other nurses who were less comfortable with the level of sedation and would go for a lower range.

Under questioning Ms Bothman said her concerns about DST arose in the first few weeks she was at CPH. She said that in an early meeting with Dr Bailey and Dr Gill, she raised concerns that patients were being admitted for sedation treatment without proper consent and that other patients had little understanding of the treatment they’d consented to. Some patients were not to be told they would be receiving sedation. Ms Chrysanthou suggested that she’d had no such conversation with Dr Bailey in the presence of Dr Gill.

‘I refute that,’ said Ms Bothman.

Ms Chrysanthou then said, ‘the system that was in place when you started included the nurses explaining to the patients what the treatment involved?’

Ms Bothman disagreed. ‘I don’t think there was a detailed description of the fact that the patient was going to be unconscious for ten days and at such a deep level and they’d be having that number of ECTs.’

She said that she was told from the beginning that patients under sedation were not to have visitors, and that some families were upset at not being able to visit.

The former matron also said that Dr Bailey asked her to call Dr Gill if Bailey was unavailable to respond to concerns about the physical condition of a patient undergoing DST. She said she called on Dr Gill a few times to check on DST patients, and that other nurses also did so.

She explained that later in her time at the hospital she raised further concerns about  the risks of DST with Dr Gill in the hope that he would intercede. In answer to Ms Chrysanthou suggestions that Dr Gill as a GP was not in a position to interfere with Bailey’s treatment of patients, Ms Bothman replied that Dr Gill was part owner of the hospital and the administrator. ‘Even though he was a GP he’s still got a professional responsiblity for the standard of care that’s happening in his hospital.’

‘He had no responsibility in relation to Dr Bailey’s private patients does he?’

‘Only as a medical practitioner who was aware of what’s going on.’

In reexamination by Tom Blackburn SC for the defence, Ms Bothman was shown documents from CPH records including a ‘pro-forma’ drug sheet, indicating that patients were subjected to a ‘standard’ DST regime — patients were given the same drugs at more or less the same dosages. Ms Bothman told the court that those were pre-signed by Dr Bailey and she was shown one that was pre-signed by Dr Herron. She was also shown a patient record that indicated that deep sleep therapy was commenced on a patient who had refused to sign a consent form for ECT, and was unaware she was to undergo DST.

On another patient record shown to Ms Bothman, staff had noted a patient was not aware that he’d undergone ECT at the hospital while receiving DST on a previous admission, and that he was fearful of sedation from his previous experience because he’d been more conscious than he’d expected to be and was able to hear his surroundings but could not respond or help himself. Ms Bothman said she could remember other similar patient experiences from her time there.

The former matron said that on the first occasion she met Dr Bailey, he enthusiastically told her about DST and boasted that it had an 85% success rate. He also said that he was using the same treatment as (Dr William) Sargant (who practised narcosis therapy in the UK). ‘Later I found out that the treatment Dr Bailey was using and the one Dr Sargant was using were quite different… his patients were nowhere near as sedated as Dr Bailey’s… nowhere near as deep.’

She described Dr Bailey as a powerful and persuasive personality, who some people talked about as if he was ‘some sort of demigod’. Ms Bothman said that patients and nurses had told her that if Bailey’s persuasion didn’t work on a patient he could be aggressive and verbally abusive. She recalled that he’d raised his voice toward her, and described him as having two personalities — ‘very charming but quite dogmatic.., but the other side of him was also verbally abusive and often raised his voice and yelled at [patients]. There were two Dr Baileys going on there.’

In reexamination she said that Bailey had a lot of people hoodwinked. She held the same opinion as she had given at the Royal Commission that his behaviour was not normal. ‘I always thought that Dr Bailey was insane actually… I wondered if he had a manic depressive psychosis, because of the swings of mood and the demeanour, and the force of personality.’

Ms Bothman was taken to another question put to her at the Royal Commission hearing, that Dr Bailey had proposed a therapy of ‘heterosexual activity with assistance’. The former matron said that it was not unusual in psychiatric treatment to discuss matters related to a patients’ sexuality, but based on her observations while she was there, Bailey’s relationship with patient SH ‘was of a sexual nature, way past a doctor-patient relationship.’ She added that ‘SH was very vocal about what she was doing and how she felt about Dr Bailey.’

Day 9: introduction to the case