Dr John Gill and former psychiatrist John Herron were involved in the deep sleep therapy scandal at the Chelmsford Private Hospital (CPH) in Sydney that was the subject of a Royal Commission in 1989. Gill and Herron are suing HarperCollins Publishing Australia and ABC journalist Steve Cannane for defamation over a 28 page chapter of Cannane’s book Fair Game: The Incredible Untold Story of Scientology in Australia.

On July 8 2020 the trial was adjourned part heard. John Herron fell ill after giving evidence for two days in the second week and was hospitalised. The defence is awaiting an expert medical assessment of Mr Herron. Closing submissions are likely to be heard in August.

Deep sleep therapy (DST) is a form of narcosis therapy, a psychiatric treatment in which drugs are used to keep patients unconscious for extended periods. The height of its use was from the 1930s to the 1960s.

DST was practised (in combination with electroconvulsive therapy (ECT) and other therapies) by Dr  Harry Bailey between 1962 and 1979 at the Chelmsford Private Hospital in Sydney. As practised by Bailey, deep sleep therapy involved long periods of barbiturate-induced unconsciousness. Wikipedia

Former Matron Fawdry was among four nursing staff who have given evidence so far — a nurse’s aide and an RN, and former Matron Smith. The four also gave evidence at the Chelmsford Hospital Royal Commission in 1989. Between them they’ve told the court that Dr John Herron performed the ECT on Dr Bailey’s DST patients nearly nightly. Another doctor, Ian Gardiner, administered ECT to Bailey’s patients during the day. The Chelmsford hospital was partly owned and managed by Dr John Gill. 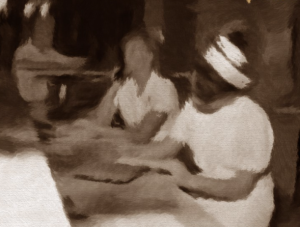 The sedation ward at CPH had six beds which were often fully occupied. It was staffed in each shift by a registered nurse (RN) and two nurse’s aides. Sedation patients were turned every two hours. Observations were recorded and medications given every four hours by the RN. DST patients were fed and medicated through a nasogastric tube (Ryles tube) and rarely conscious enough to be able to use a toilet. Patients receiving DST underwent ECT just about daily while sedated. They were moved to a separate ward when being taken out of sedation (lightening).

…it was a bit ad hoc

Marcia Fawdry worked as a registered psychiatric nurse at CPH from 1972. She became matron in 1977 and left the hospital in 1978. She gave evidence under examination by Tom Blackburn SC for the defence, and was cross examined by Sue Chrysanthou, counsel for the applicants.

In her evidence in chief, Ms Fawdry was asked detailed questions about the drug regime used for deep sleep therapy at Chelmsford. She said she was concerned that there was no doctor permanently on duty at CPH, but that she was able to call on Drs Herron or Gill if there were issues.

Ms Fawdry said that DST patients were given a drug regime in accordance with a ‘standard sheet’ – a typed list of drugs that included among other drugs the main barbiturate Tuinal, two psychotropic drugs and another sedative similar to a diazepam, all prescribed in a more less uniform dose.

Tom Blackburn asked Ms Fawdry, ‘did Dr Herron or Dr Bailey adjust these sheets according to the patient’s physical condition or weight?’

‘No, they were always the same from what I can remember.’

‘Were these sheets adjusted according to any medical issues the patient might have?’

‘Not that I recall.’

Ms Fawdry said that Drs Bailey and Herron wanted their DST patients asleep all of the time (24 hours per day). She said the DST doctors gave the registered nurse on duty in the sedation ward discretion as to whether to administer a half or full dose of barbiturate at the four hourly interval, and that staff only reduced the dose of the psychotropic drugs if the patient’s blood pressure dropped low. Mr Blackburn asked if she thought it appropriate that nurses were given that degree of discretion over doses. She said she thought so at the time and didn’t question it.

He asked, ‘what do you think now?’

Ms Fawdry answered, ‘I wouldn’t even work in a place like that now… The whole practice is shonky; no nurses would use a drug sheet that was the same for everybody, that wasn’t written in a doctor’s handwriting, wasn’t current over seven days.’ She said that there are now a lot of laws around prescription and administration of medicines.

Ms Fawdry told the court that there were psychiatrists who admitted patients to the general wards at Chelmsford. Those doctors did not use DST on their patients, but when they performed ECT, they would bring a second doctor with them to assist, and would use an anaesthetic, oxygen, and a muscle relaxant.

Drs Herron and Gardiner, however, performed ECT on DST patients without anaesthetic or muscle relaxant and were assisted only by nursing staff. Like other nurses who’ve given evidence, Ms Fawdry said she was unhappy about their refusal to use muscle relaxants or anaesthetic, particularly if the patient was approaching their next dose of sedatives and was less sedated. ‘[The doctors] didn’t know what time they were coming and they didn’t know what time [patients] had their sedation, so it was a bit ad hoc about the condition of the patient whether they’d be asleep. [Herron and Gardiner] would always say, “oh, they’re asleep, they’re sedated, they’ll be okay.”‘ She said the patients who were not given muscle relaxant would fit more than those who were.

Ms Fawdry told the court she was aware of an occasion where nursing staff refused to assist in giving ECT to a patient because a consent form hadn’t been signed. She added that ‘it was rare that patients didn’t sign… But it’s also a very significant issue because it’s a legal document. It was a voluntary hospital. You can give ECT against patients’ will if they’re scheduled under the Mental Health Act but you can’t give it to them in a voluntary hospital.’

Day 9: introduction to the case 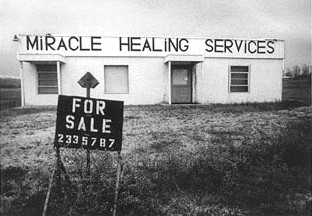